Plot: Fearing it would compromise his career, lawyer Andrew Beckett hides his homosexuality and HIV status at a powerful Philadelphia law firm. But his secret is exposed when a colleague spots the illness's telltale lesions. Fired shortly afterwards, Beckett resolves to sue for discrimination, teaming up with Joe Miller: the only lawyer willing to help. In court, they face one of his ex-employers top litigators, Belinda conine. 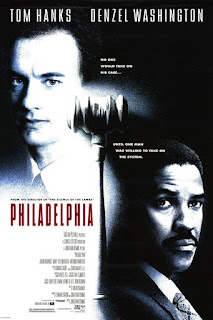 I've seen movies that have moved me to bits, touched my heart in so many ways, - yet most of them have never touched upon and approached social issues in a way that warrants discussion of the topic, first hand. Films exist as a means of entertainment, to put a smile on people's faces, they also make us weep sometimes, but also they exist to drum up and evoke discussion too.

Jonathan Demme's 1993 drama, Philadelphia was the first mainstream Hollywood movie to acknowledge, tackle and address the subject of AIDS, head-on. & it is done in a thought-provoking way, whilst the story is told sensibly and with sensitivity also.

Based on a true story, the title of the movie refers to the city of Philadelphia where the story takes place. Hanks plays a young attorney, Andrew Beckett, who unknownst to his employers, is secretly gay. Beckett later discovers he has contracted AIDS; director Demme avoided including footage of Hanks as Andrew and his boyfriend, Miguel played by Antonio Banderas being intimate together. Me personally, I think it would have made the film more interesting, had that scene been included and I'm sure a lot of people wouldn't have a problem with it. Lawyers are loathed by people in general, and Mary Steenbergen's portrayal as impressive as it was, performance-wise, her character was so aggressive and horrible also.

As soon as Andrew receives a promotion, he is then fired due to the loss of some important paperwork, cited by his employers, - when really the audience sees and that the real reason for Andrew's unfair dismissal, was because he had AIDS. When Andrew's attempts at finding a lawyer to represent him in court come to no avail, he turns to Joe - only for Joe to turn him away. But later on, Joe's attitudes change for the better and by the end, he defends Andrew in court as his lawyer.

Tom Hanks was wonderful as Forest Gump, had channelled his inner child in Big, played the love interest in light rom-coms, Splash, You've Got Mail and Sleepless in Seattle and he was just as good in Catch Me if You Can alongside Leonardo Caprio. But surely, as Andrew Beckett, he turned in the performance of a lifetime in Philadelphia and even today, it still ranks as his ultimate dramatic turn in a feature film of his career. He consumes that character in a way that isn't demeaning or stereotypical and delivers with it heart, passion and emotion, thus, channelling his inner emotions and feelings. The scene where he is outside looking pale, wearing a baseball cap, looking around and on the verge of hopelessness after Joe Miller says no to representing him in court, was an image where I had envisaged that pain and sorrow of Hank's character, Andrew. Though Hanks lost a lot of weight for the role, in order to display the devastating effects of AIDS/HIV.

& whilst critics appraised Hanks's sterling portrayal, Denzel Washington's undervalued efforts are just as impressive as Joe Miller. Denzel put on a great turn in The Pelican Brief, alongside Julia Roberts and alongside Hanks, he once again stepped up to the plate as the supporting cast actor and proved that he can be just as good as them. Denzel plays the lawyer, who harbours homophobic tendencies, but he of whom is forced to examine and confront his own attitudes and bigotry and that through Andrew's own eyes, see that homosexuals, besides their lifestyles and sexual preferences, are really no more different to heterosexuals. Interestingly, Denzel's role as the lawyer was almost played by Robin Williams, and thus, we could have seen Robin and Tom Hanks in this movie, instead. But alas, it didn't happen and still, Philadelphia is still tremendous.

The film has come in for some criticism for the Hollywood portrayal of the HIV/AIDS experience by some AIDS experts/activists, yet I felt it touched upon this topic in a credible but also understandable way that mainstream audiences can take heart to. Also, some people didn't like the ending and the last third of the film, but for me, it made perfect sense and as heart-retching and sombre as it was, the truth is this was based on a true story and for this story, it didn't end happily. I did have tears in my eyes as well in watching it. But at the same time, there was hope and that some good came out of it too. Plus, I am sure fundamental lessons have been learnt, ever since this movie was released over 20 years ago.

Arguably, Philadelphia is not so much a movie about AIDS, but a film that is also about homophobia, bigotry, people's attitudes towards same-sex couples, relationships and love.

It is one of those movies that need to be seen, regardless of your views on homosexuality and though we have come a long way since 1993, that sadly still apparent in the 21st century, some people's stigma towards gays and lesbians, HIV/AIDS still remains today and the fear and loathing towards it and them, all boils down to ignorance and lack of tolerance, empathy and understanding. Philadelphia is far from subtle when it comes to its realisation of AIDS/HIV and homosexuality, yet at the same time, whilst it is argued that the film shies away from depicting images of two men in love, it still manages to be progressive, but without coming off as being too preachy. & that was the thing I initially feared would happen, but thankfully, it never transpired. 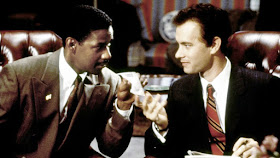 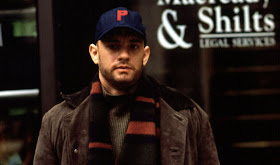 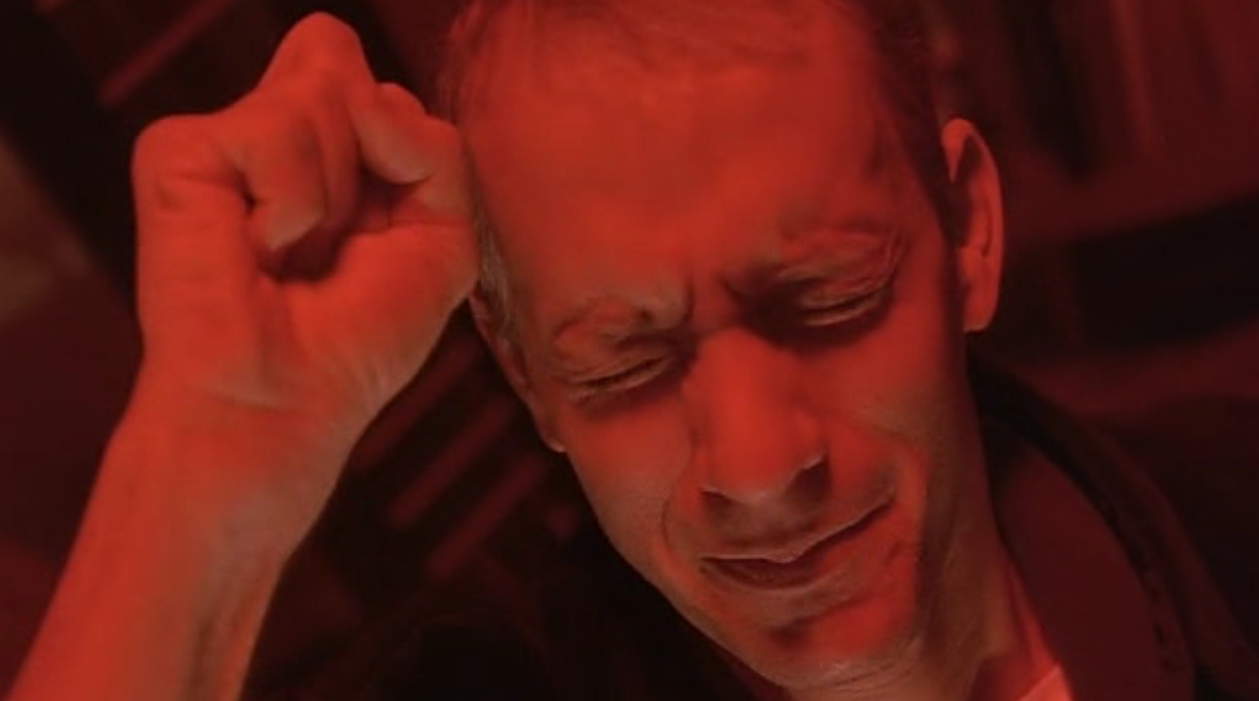 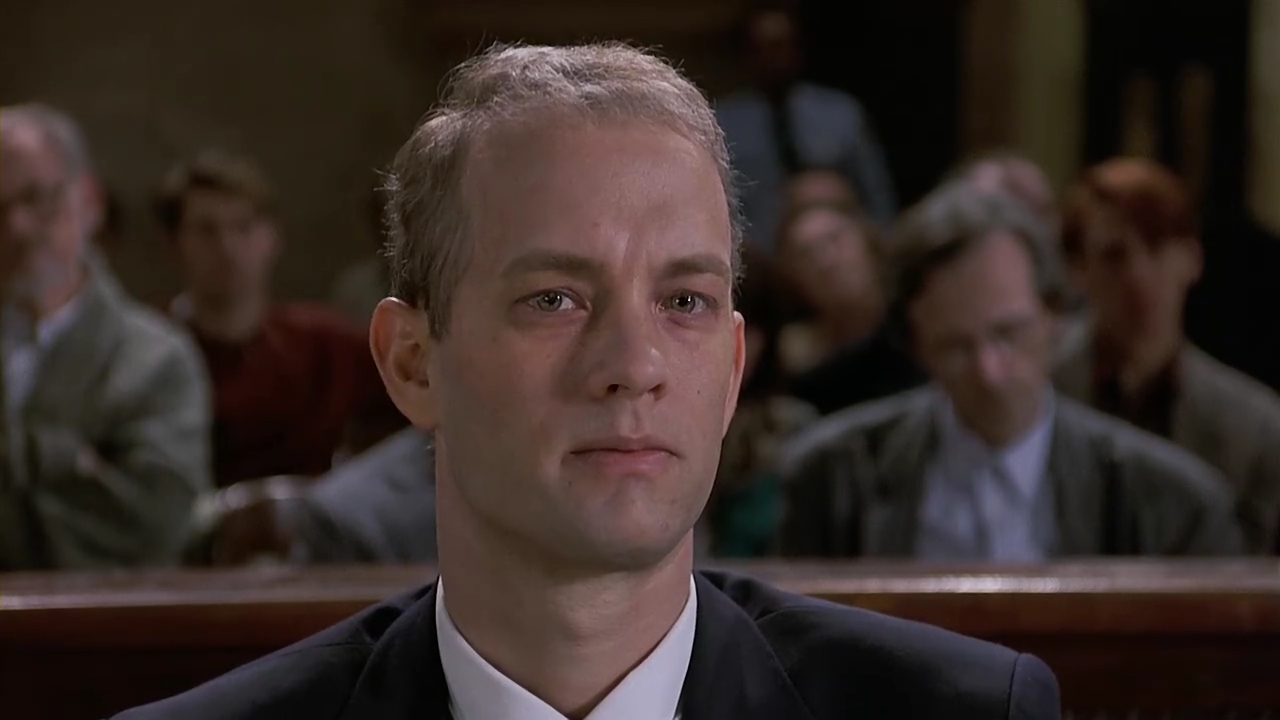 Whilst most aspects of the movie focused on the courtroom and legal aspects, this prevented this movie from becoming too mundane and overly sentimental, - yet at the same time, the personal and human story of Andrew Beckett (as one-sided as it is) is still the crux of Philadelphia. I had tears in my eyes during the ending of the film; it was emotional and touching, deep and raw in places. Andrew's journey was poignant and tragic, all at the same time.

And it was a story that needed to be told: to remind ourselves that there are injustices faced by the likes of Andrew and that these people, it's not so much they need defending, but they need us to understand their plight and what they are going through themselves. Jonathan Demme's greatest achievement also avoids descending into TV movie Hallmark channel territory.

Thanks to the performances by Tom Hanks and Denzel Washington, they make Philadelphia worth watching & director Jonathan Demme conveyed Philadelphia's message, loud and clear about intolerance, discrimination and prejudice.

One of the best films released in 1993, Philadelphia is not just a memorable movie for many generations to come, but one that can be AND ought to be appreciated by anyone. Or be it, everyone.