Plot: Whilst attending a singles retreat, two female friends - one promiscuous, the other unlucky with men share their philosophies on love, sex, men and dating, in wake of the 1980s AIDS epidemic 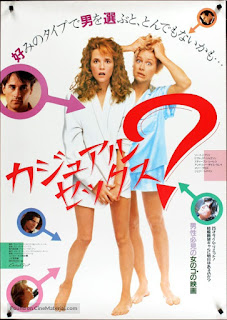 A '80s mishap from comedy director Ivan Reitman - known for 1984's Ghostbusters, Twins and Kindergarten Cop with Arnold Schwarzenegger - serving as producer with his wife, Genevieve Robert as director, Casual Sex? is neither funny or sexy as a sex comedy. Looking at the front cover, I knew immediately that I was not looking forward to this and I was aware also that the film wasn't well received, either. The title itself (which oddly enough has a question mark in it) implied that it was a puerile sex Comedy, yet in watching this it is the tad opposite and a film that could have been so much more. Both the movie title and poster are as misleading as each other, one look or deeper read into it and s/he would assume they will be presented with a sex Comedy akin to say American Pie.

An attempt by Lea Thompson that she could cut it as a movie actress, after her initial success in 1985's Back to the Future as Lorraine McFly, Casual Sex is one of the earliest attempts of a Sex Comedy with female protagonists in the lead roles, as opposed to male ones. Although it didn't do so well and after bit-part roles in Howard the Duck, The Beverly Hillbillies, Friends and Back to the Future Part III, Lea landed her first major TV role in NBC sitcom, Caroline In The City in 1995.

Casual Sex? opens up with two female characters monologuing about the AIDS epidemic, safe sex and 'doing it'.

Operating as a PTSA educational video about practising safe sex and originally based on a play, Casual Sex is mature but predominantly boring and not very entertaining or funny, & a chore to sit through. Its setup is reminiscent of a TV sitcom and features 2 characters, Stacey and Melissa discussing the AIDS crisis and as they offer their thoughts on it and promiscuous sex. Stacey then hooks up with hunky Nick, with Melissa having eyes for Jamie. The three male eye candy characters aren't much to shout about either.

I thought the scene where people wear hats with country flags sticking out on top of them was truly daft. Also, the number of times the word 'penis' was mentioned was something I lost count in. The comedy just didn't transpire either and was mostly derivative and unfunny to boot.

The film is an attempt to mix comedy with mature and adult themes, whilst operating as a social commentary - yet once it starts to chuck in a health spa storyline, it descends into sitcom like territory. The social commentary aspect should have been better conceived, and yet this gets lost within the film that consists of dull and unfunny dialogue.

The health spa storyline couldn't be any more conceived like an episode of a TV sitcom. In fact, there was one episode in season two of Caroline In The City (starring Lea Thompson) where herself and Amy Pietz visit a health spa and try and chat up some guys.

Casual Sex? also makes the fundamental mistake of not practising what it preaches; it tries to send a message about the importance of safe sex and attempts to drag out its social responsibility - only to throw in silly and inane situations and scenes that come out from 30-minute sitcoms. 99% of them being unhumourous and come across as forced.

Lea Thompson does her best with the material, as wholesome and nice as she is, to see her as the s****y one and having her bare all, is a role she is miscast in; yet I didn't care for her character and Victoria Jackson's. The idea of two sexually frustrated women, trying to get laid could have worked - had it been funny and remotely entertaining.

Instead, it was drab and boring to watch. 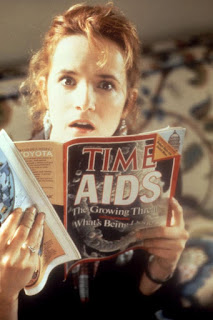 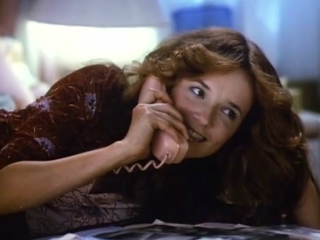 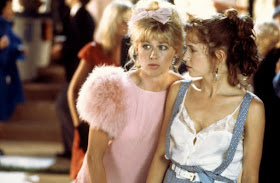 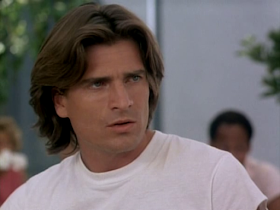 More like a 10-minute quickie, Casual Sex is forgettable as it is boring. The script lacks genuine laughs that there are no moments of actual comedy and humour felt. Despite the admirable efforts of Lea Thompson and Victoria Jackson, I could care less for this film.

Mediocre and forgettable, it's unsurprising it has become almost forgotten about today and very few people speak of Casual Sex? Tame and bland and a stinker from the late 1980s, in almost every aspect.