Plot: With the help of a magic ticket, a young film fan is transported to the fictional world of his favourite action film character 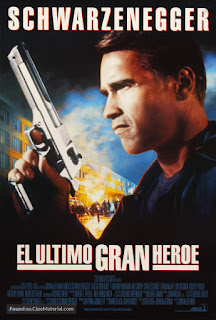 Last Action Hero divided audiences when it came out in 1993 and compared to the likes of Jurassic Park and Mrs Doubtfire, it didn't perform nearly as well at the box office. And in sitting through this movie, I can see and understand why that was the case.

I was two-ing and froing with Last Action Hero, sitting through the good bits, as well as the bad bits. Unfortunately, there was so few of the good stuff and with a runtime of 2 hours I was bored to frustration, and yet that boredom as it set in, took over the film that I quit after an hour or so into it. The narrative was moving at a snail's pace, it was long and agonising. This was the first time I felt this way towards an Arnold Schwarzenegger film; usually, I enjoy most of his stuff. But this is the most disappointing Arnie movie I've seen (though truthfully, Hercules In New York is practically worse): I didn't initially go in with the mixed reviews it obtained but having sat through it, Last Action Hero, sure as heck did not live up to its billing.

Performances wise, Arnie did okay but with a weak script, this meant he couldn't stretch his ass-kicking abilities, as much as one had hoped he'd do. Charles Dance again plays the bad guy, as he did in The Golden Child, but his character had little to no personality. After her Oscar/Golden Globe triumph in 1991's The Fisher King, Mercedes Ruehl is wasted as the boy's mother. But the most annoying character is the boy himself in Danny. I swear it was like he kept on talking every few seconds.

This film drags for ages, and with almost no end in sight. The premise was kind of cool, but it was executed poorly and without finesse. It tried to parody and reference other action films, but it was flat, uninspiring and not very funny. The self-aware humour and poking fun at one's movie references could have been well amusing. And the action should have been way better.

In True Lies, Jamie Lee Curtis utters the line, 'I married Rambo!', in a tongue and cheek dig at Sylvester Stallone's John Rambo character. Yet luckily and thankfully that True Lies, with its James Bond espionage theme, worked greater wonders for Arnie. I am going to say this out loud, but True Lies, as excellent as an action movie parody is, the jokes and references were conceived far better in that James Cameron offering, rather than with Last Action Hero.

The celebrity cameos from the likes of Sharon Stone, Julia Roberts and Danny Devito as a nameless animated character would have made far more sense - had the plot or narrative explained the manner and context of their existence. Though the weirdest celeb cameo of Last Action Hero belongs to the singer, Tina Turner; I was baffled as to what she was doing here, unless she was reprising her role from Mad Max Beyond Thunderdome, which she wasn't.

How can the director of Die Hard - one of the classic & ultimate action films of all-time, John McTiernan get it so wrong? This was mostly boring, overlong, with a script that needed tinkering. 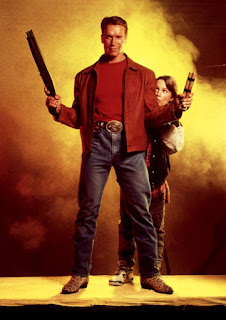 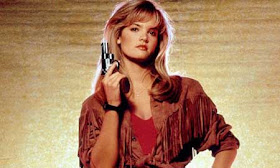 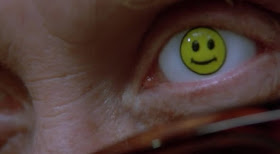 Last Action Hero is an example of a film with a high concept, but mediocre and insufficient script. Having Arnie was a good thing, but here, he is nowhere near his bad-ass self and I could have done without the young boy, Danny, also.

This film was a struggle to endure all the way through, to say I am hugely disappointed is somewhat of an understatement: because this should have been way better, as a film.