Plot: A down and out cynical detective teams up with a former quarterback to try and solve a murder case involving a pro football team and a politician 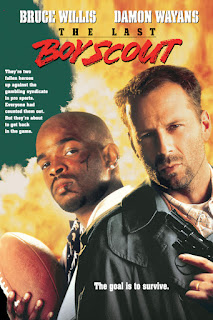 A Bruce Willis non- Die Hard offering, set in the murky world of American football, The Last Boy Scout comes up short with a dreary and not very interesting story, terrible characterisations of the female characters and where action sequences are few and far between.

Directed by the late Tony Scott (Top Gun), written by Shane Black and produced by Joel Silver (namely of Lethal Weapon, Die Hard)- a trio of heavyweights insofar as action movies go-, the movie sees a cynical detective/private investigator teaming up with a former football player as they get to the bottom of who and what is responsible for a spate of grisly murders that took place on a football field. The film opens up in dramatic and shocking style, which was unexpected, yet whilst it has its moments, particularly pre-superstar, Halle Berry's character, who is being mercilessly gunned down, the rest of the movie was very stale and not much else was exciting. The interactions of Bruce Willis and Damon Wayans were okay at times, but I just didn't really sense that buddy relationship that they had. It just never transpired.

The Last Boy Scout tries to recreate the magic of Die Hard but with an additional sidekick, but the end result is not good enough. The action set pieces were good, but also there were few of these scattered within the film and whilst the large bulk of it focuses on the story, the story itself didn't blow me away as much as it should have. The film suffers in having a lacklustre story, which wasn't easy to digest and the action not being that great, to be honest. For a great action movie to work, it needs the two to coincide with one another. There are examples of action films where they still thrive and remain watchable, because of the scenes, more so than with the story. The Last Boy Scout, however, comes up short in both areas.

There was also criticism aimed at this film over the portrayals of the female characters, as they came off looking a lot worse. The wife cheats on her husband by sleeping with his best friend, the football player's girlfriend is a stripper and with the cop's daughter, being a foul-mouthed, annoying and obnoxious young girl. But for Halle's character, I didn't care for the other two. Though I could have done without the bratty, mouthy daughter appearing in most of the scenes.

Bruce Willis was good, much moreso than the other cast members as the ex- CIA operative/secret service agent, although his character is nowhere on the same level as John 'yippie-kai-yee' McClane of Die Hard. Seeing him here it was like Die Hard all over, but with less Action. To be honest he made it watchable, as without him this film with its mundane story, would've been a total bomb. Damon Wayans as ex-player, Jimmy Dix who turned to painkilling drugs and yet finds solace in a stripper, Cory, was okay at best; at least his character wasn't as buffoonish and silly as the ones he played on In Living Color, but the rest of the cast members aren't much to shout about. But for their motives, the villains just beat up the good guys, without any hint of their personalities, characterizations. The actor who was in Good Morning Vietnam plays the main villain, and his character is more of a self-righteous prick here.

The last 25 mins were better than most of this film but by the end of it, that couldn't make up for the majority of the film, which was lacking in many areas. 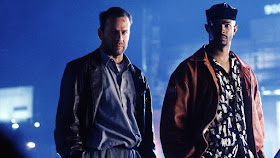 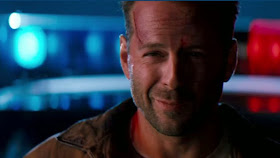 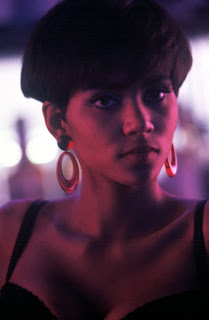 A disappointment in many respects, it didn't do enough for me to want to love it and there wasn't more quality action that I wanted from and out of it. Bruce Willis is good here, and Shane Black and Joel Silver's other movies are generally very good, but here that is not enough to salvage what is an underdeveloped action film.

With a poor, convoluted and lacklustre narrative, not enough good action sequences and poor characterisations of the female characters, The Last Boy Scout is a film that fails to deliver more than one or two thrills & laughs & one I won't revisit very often and watch, time and time again.